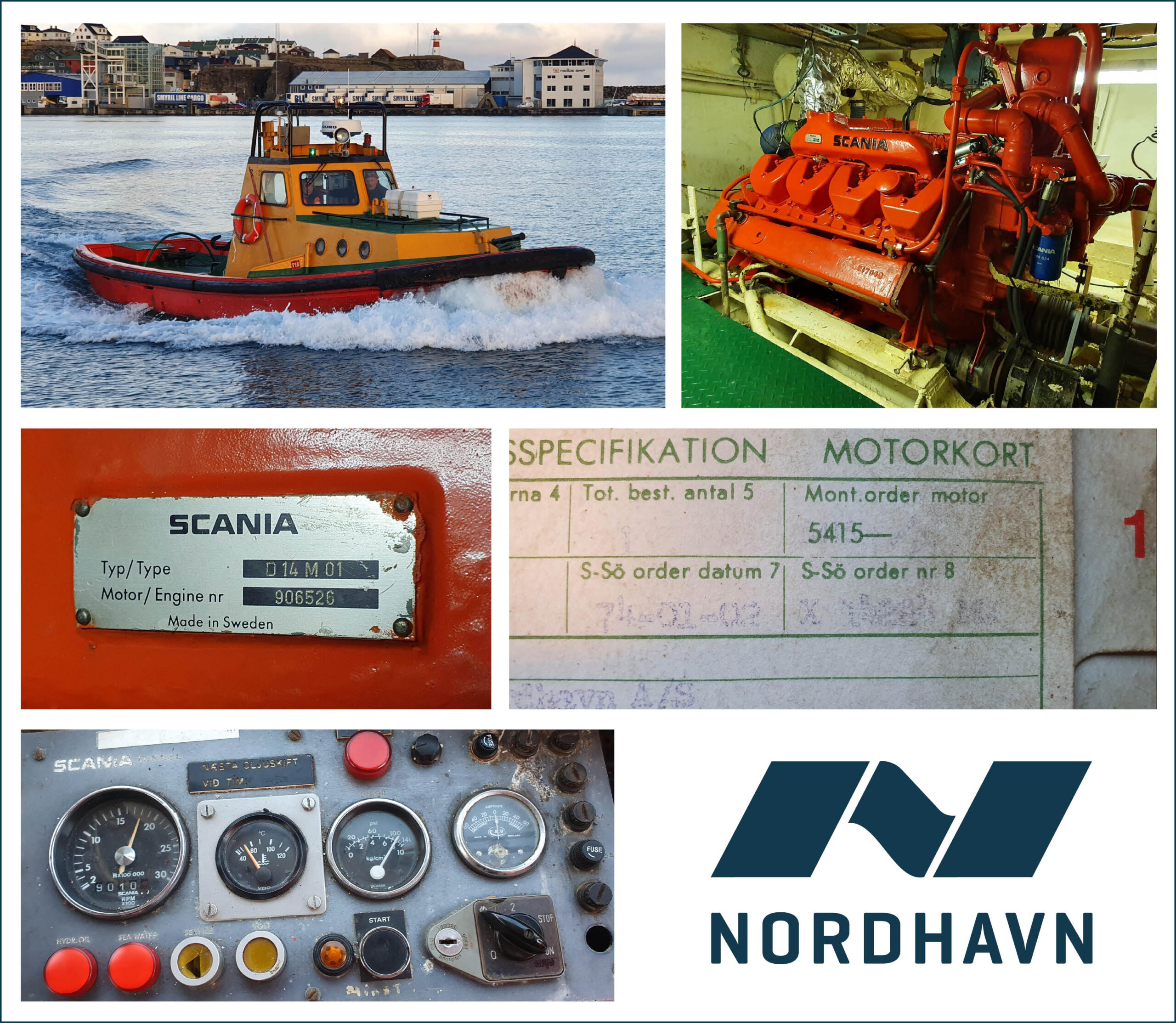 In 1974 Nordhavn Power Solutions A/S delivered a D 14 M 01 engine to the vessel ”Skúmarin”, that was built by Tórshavnar Skipasmiðja, whos owner was grandad to the CEO (Mauritz Mohr) of the Faroe Islands precent largest shipyard – Mest Shipyard.

The vessel has been in operation since 1975 and is today still used for towing of ships to shipyards, among others.

Our business partner through many years – Mest Shipyard – have overhauled the 47 years old engine, on owner request.

During the overhaul cooler, pistons, liner, among other parts was changed. The shipyard was positive surprised of how good condition the engine was in.

The cylinder block is as new on the inside and they did not find any corrosion on engine!

Shipyard state that it has been a pleasure to repair on the older Scania engine.